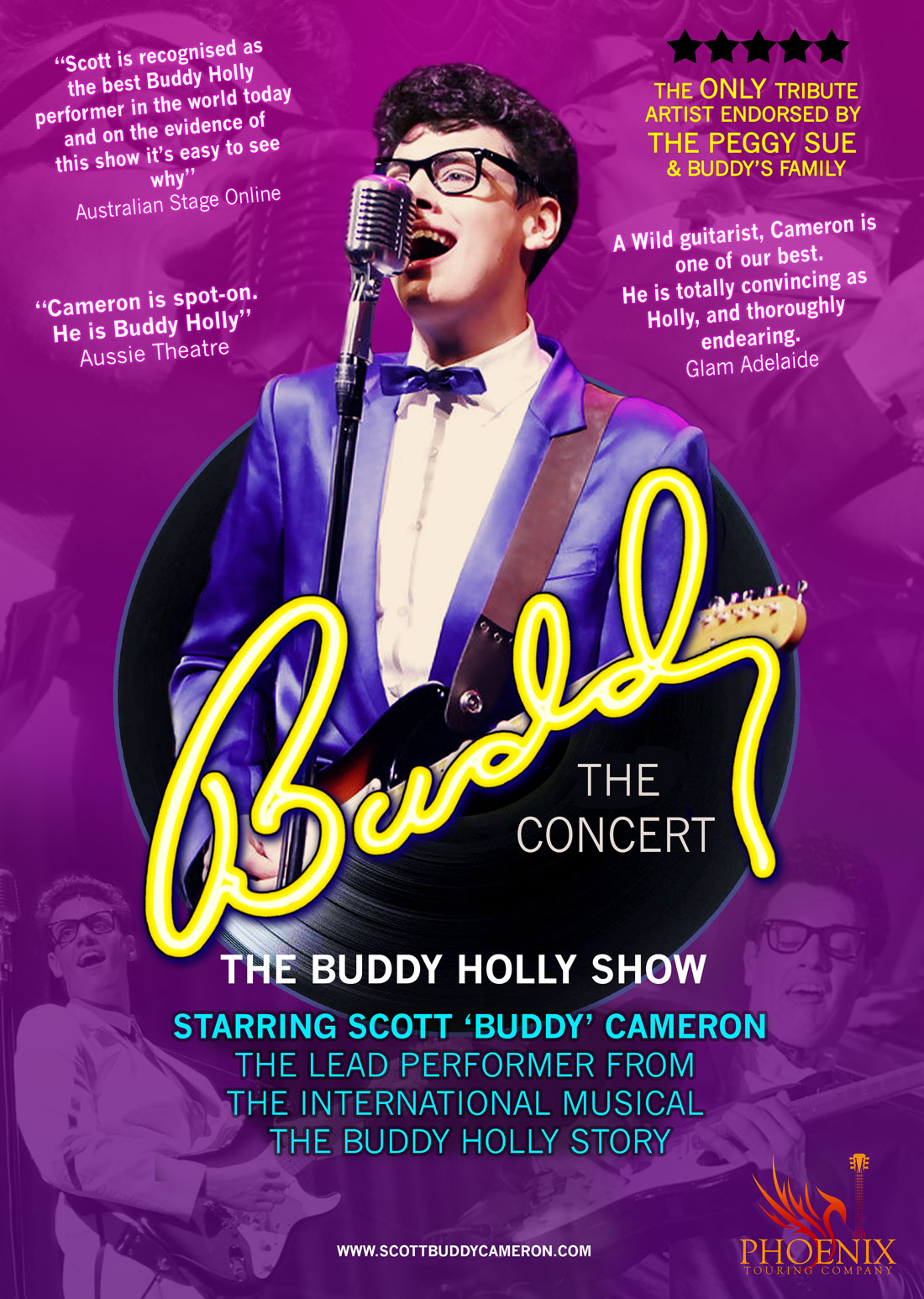 Buddy the Concert features some of the greatest Rock ‘n’ Roll classics ever recorded, performed live on stage. 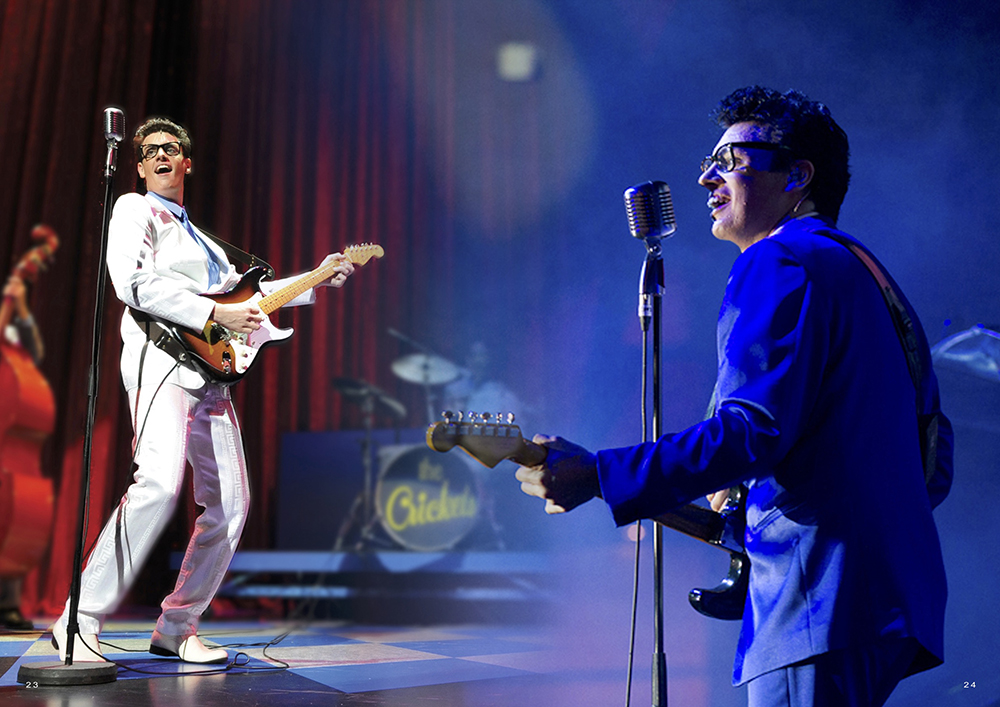 Buddy Holly was one of the greatest pioneers of Rock and Roll in the 1950's. His career spanning only two short years before the day the music died, he still managed to leave behind one of the biggest musical legacies with a wealth of material that had a lasting impact on popular music. Over 20 top 40 hits prior to his tragic death in a plane crash that was immortalized in the song “American Pie”, A legacy that to this day has never been beaten and inspired artists like The Beatles, The Stones, Bob Dylan, Queen & Elton John.

Buddy the Concert features some of the greatest Rock ‘n’ Roll classics ever recorded, performed live on stage along with all the holly hits including “Peggy Sue”, “That’ll Be The Day”, “Rave On”, “Oh Boy”, “It’s So Easy” and more, It’s a show that has had outstanding reviews everywhere its toured, full of energy and vitality, the show has some brilliant re-imaginings of some classics, like the extended blues guitar solo version of Well All Right by Cameron, along with blindingly accurate and faithful recreations of the hits, as you remember hearing them.

Donning Holly’s trademark horn-rimmed glasses, his ever so engaging and charismatic figure and a lilting vocal hiccup is Scott Cameron as he returns to the role that made him famous. Scott "Buddy" Cameron - as he became known – was a childhood guitar prodigy in Australia sharing stages with Tommy & Phil Emmanuel, Slim Dusty, Jade Hurley, Glen Shorrock, Ross Wilson, Keith Urban, Doug Parkinson & Brian Cadd. In 2004 however he found his calling answering an audition call for the Buddy Holly Story musical. His uncanny look, eerily similar voice and guitar prowess, transformed Scott to become the single most recognised Buddy Holly performer in the world! Receiving the support of Buddy Holly's family and friends including The Peggy Sue, Holly’s Widow Maria Elena and Bob Montgomery (who wrote with Buddy and penned the song Heartbeat). Scott had a remarkable run of rave reviews for his portrayal of Holly in the lead role of the International musical Buddy: The Buddy Holly Story in productions staged from 2005 through to 2009. The musical took Scott all over the world including London’s West End.