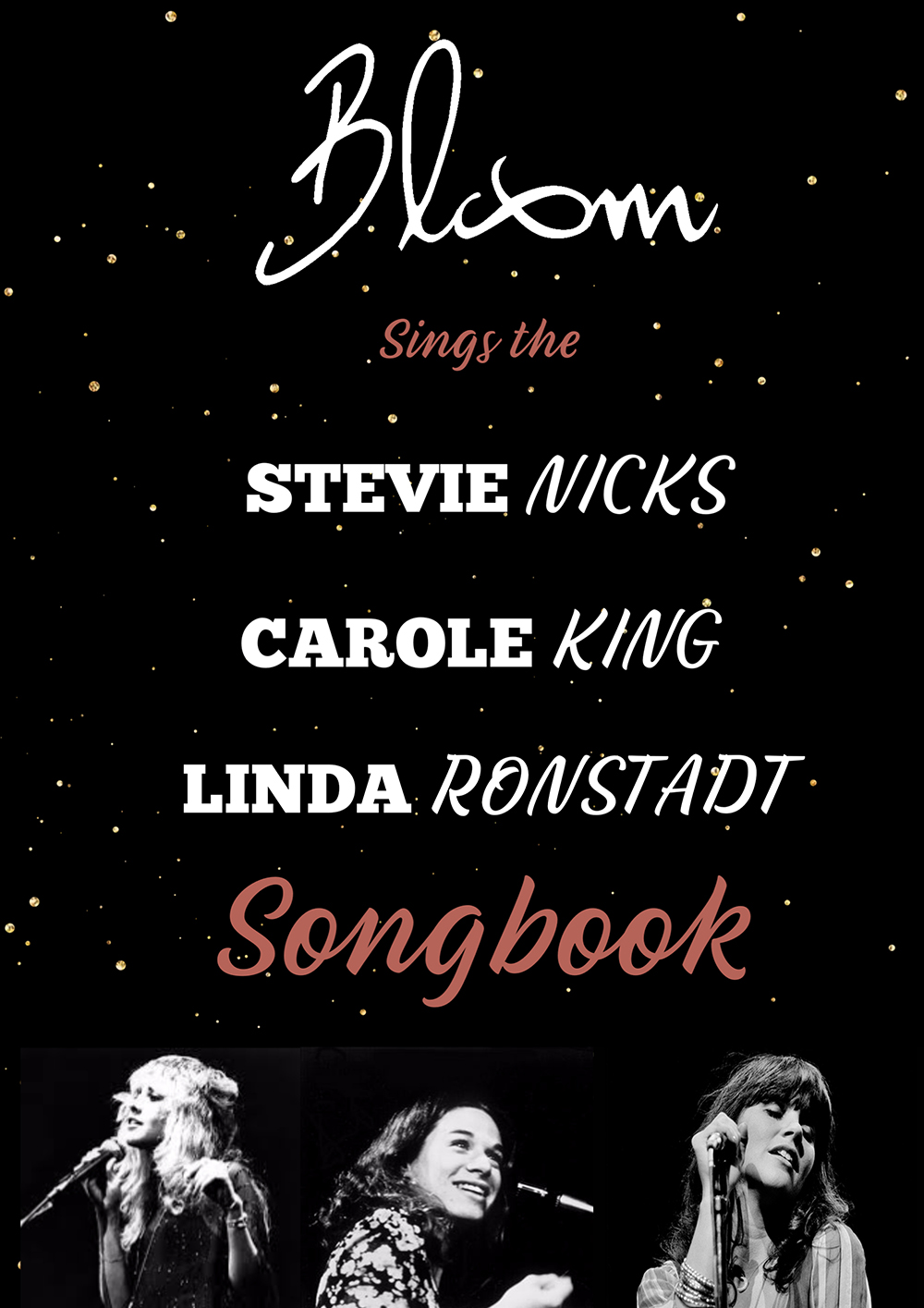 Stevie Nicks, Carole King and Linda Ronstadt are three of the world’s most recognizable voices. Bloom, will have you experience the incredible hits that span several decades. 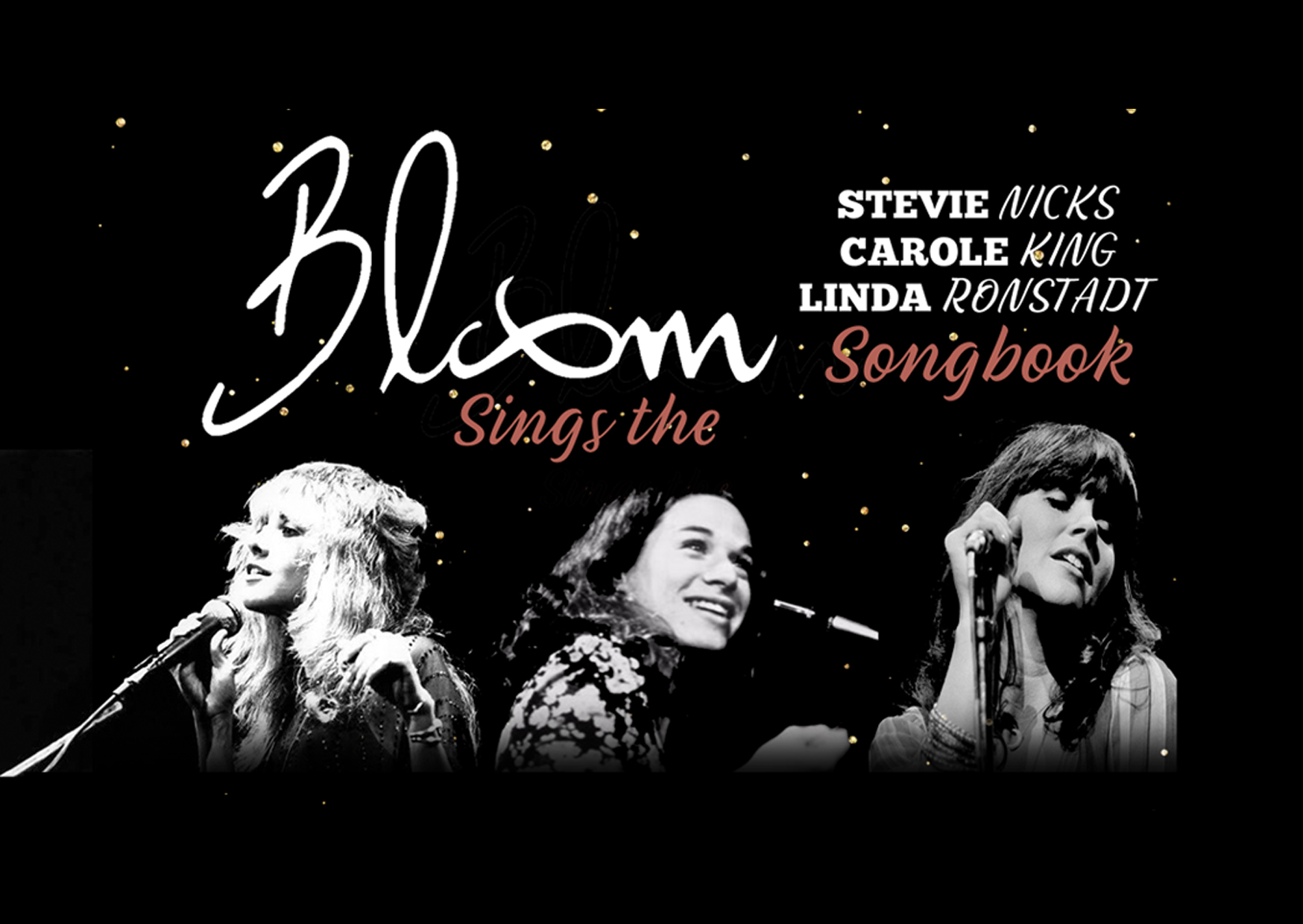 Stevie Nicks, Carole King and Linda Ronstadt are arguably three of the world’s most recognizable voices.  With combined record sales topping in excess of over 300 million units sold as well as an endless wealth of top 20 hits between them, they truly are three of the world’s greatest. In this brand new show, Melbourne singer/songwriter, Bloom, will have you experience the incredible hits that span several decades from the Grammy Award winning artists.

Stevie Nicks is best known as the vocalist and songwriter for Fleetwood Mac but is also a chart-topper in her own right. Collectively, her work both as a member of Fleetwood Mac and as a soloist has produced over forty top 50 hits and sold over 140 million records. She is celebrated as one of the world’s top “100 Greatest Singers of All Time” by Rolling Stone Magazine.

Hailing as one of the 20th century’s most successful female songwriters and having penned over 118 pop hits on the Billboard Hot 100, Carole King is also a New York Times best-seller for her memoir ‘A Natural Women’ and has also had the story of her life played out on Broadway for Beautiful: The Carole King Musical.  She has been inducted in to the Rock and Roll Hall of Fame and the Songwriters Hall Of Fame and recipient of a Library of Congress Gershwin Prize for Popular Song – the first woman to be honoured.

Linda Ronstadt is a name familiar with many and one that spans numerous genres. She is one of the world’s best-selling artists of all time whose voice and naive sex appeal have sold her in excess of 100 million records globally.  She has released over 30 studio albums, is the winner of 11 Grammys, three American Music Awards and one Emmy Award.

And then there’s Bloom, a singer in her prime belting out the songs of these three wonderful Women.  Bloom is highly applauded as one of Australia’s greatest power vocalists in her own right and has already garnered International acclaim for her effortless soulful vocal resonance of power vocalists Adele and Amy Winehouse with her Adele & Amy Songbook tour and more recently a national tour performing the hits of one of her idols in the Linda Ronstadt Songbook.